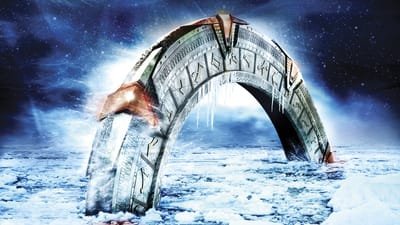 Stargate: Continuum is the second Stargate film to be released on DVD following the end of Stargate SG-1. It is written by Brad Wright, directed by Martin Wood, and stars Ben Browder, Amanda Tapping, Christopher Judge, Claudia Black, Beau Bridges and Michael Shanks as Daniel Jackson with the movie also featuring a special appearance from Richard Dean Anderson. Continuum was released as a Region 1 DVD on July 29, 2008. British Sky One broadcasted the film on August 12, 2008, followed by the Region 2 DVD release on August 18, 2008 with the Region 4 DVD release on August 6, 2008.

When the ceremony to extract the symbiote from the last Ba'al clone ends in disaster thanks to the original Ba'al putting a fail-safe plan into action, Colonels Cameron Mitchell and Samantha Carter and Dr. Daniel Jackson finds themselves being forced to flee to Earth back through the Stargate as they watch the reality that they know fall away while their teammates, Vala Mal Doran and Teal'c both mysteriously disappear into thin air with General Jack O'Neill also dying in the process. Now, trapped in an alternate timeline where their lives have taken different paths due to the Stargate itself never reaching the United States and ultimately the Stargate Program and Stargate Command never existing, Mitchell, Sam and Daniel must convince the government in that reality that they can change the past but the government are not so willing to help, forcing the three remaining members of SG-1 to take matters into their own hands as they attempt to repair the timeline and set things right again but time is running out while Ba'al's Queen, Qetesh has plans of her own..
I BUILT MY SITE FOR FREE USING